« Condor » at the meeting of points of sale 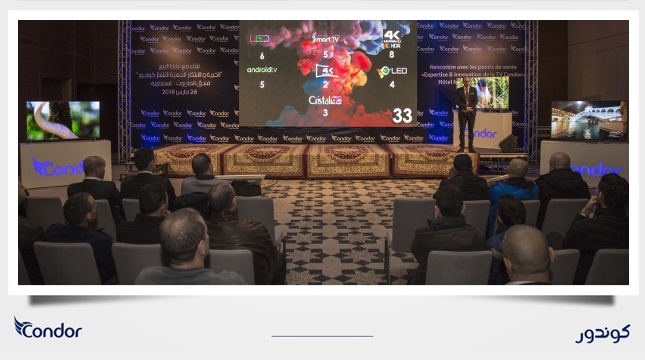 Constantine, March 26th, 2018 - As part of the distribution policy, Condor organizes training days for sales outlets (POS) in the field of TV.

The first meeting was held yesterday at the Marriott hotel in Constantine with more than 80 sales representatives.

The training focuses on the topic "Evolution of Television at Condor: Innovations and Expertise". It will take place in four cities to reach three regions according to the following program:

The aim of these training days is to put the points of sale at the same level of information compared to Condor's innovations in the field of TV with a summary of Condor's 16 years of experience in the production of TV whose production capacity rose from 200 units / day in 2002 to 10,000 units / day 16 years later.