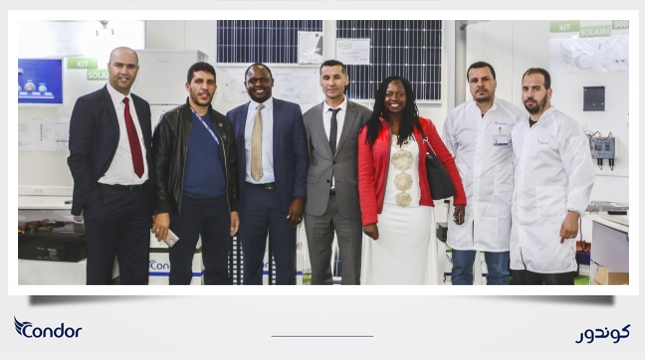 Bordj Bou Arreridj, April 16, 2018- Condor, the Algerian leader in electronic and technological products received Monday, April 16, 2018, in a fraternal atmosphere, the visit of his Excellency the Ambassador of Uganda, Mr. John Chrystosom Alintuma Nsambu, in the context of strengthening economic ties between the two countries.

At the end of the visit, His Excellency expressed his complete satisfaction with Condor's facilities, and emphasized the role that Condor could play in the African market, while stressing the need for further develop trade relations between the two countries.

For his part, Mr. Abderrahmane BENHAMMADI, has shown himself ready to respond to the demand of the Ugandan market, especially with the advent of the new laws governing free commercial trade in Africa.

Condor, an essential player in the Algerian economy, is not just an example of success and success. Through its achievements and its performances, it is also the model par excellence of the company, which marks its time by its innovation, and its avant-gardism, with state of the art "Made In Algeria" products, certified to the highest standards of quality and safety.