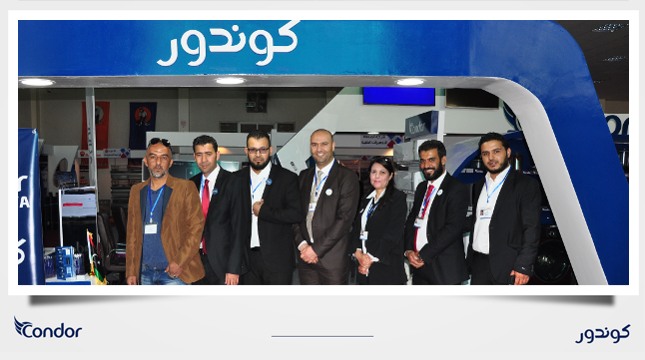 On April 04, 2018 in Tripoli, Condor, takes part in the international show of Tripoli as part of his internationalization policy, which will take place at the capital of Libya from 02 to 12 April.

Throughout a total area of 60m², the company will display different household’s products, which are already available in the Libyan market provided by the Algerian supplier.

Condor initiated a strategy, which is aiming to enlarge the field of product distribution by covering all the Libyan territory.

The main goal of the company attendance in the show is to mark its presence in Libya as well as to prove that is a major key player in the African continent as a leader of electronic and household products.

Emerged as a major player in the Algerian economic, proven to be not only a symbol of success but also across with his achievements and performance, became the leading

model of a company that made its mark on its era because of the forward thinking and technology innovation, « Made in Algeria « products with cutting‐edge‐technology and certified to the highest quality and safety standards.

Condor Electronics has built its own history, a career where all the changes also reflect the attachment to our values and our ambitions for leadership.